Discover Tuscia and its beautiful places

Archeoares manages the monumental centre of the Colle del Duomo (consisting of the Papal Palace, the Cathedral and the Museum) in Viterbo, Rocca dei Papi in Montefiascone (Bolsena Lake), Bonifacio VIII’s palace in Anagni and offers many services: from guided tours to evening openings, from events to the use of conference rooms and
much more. 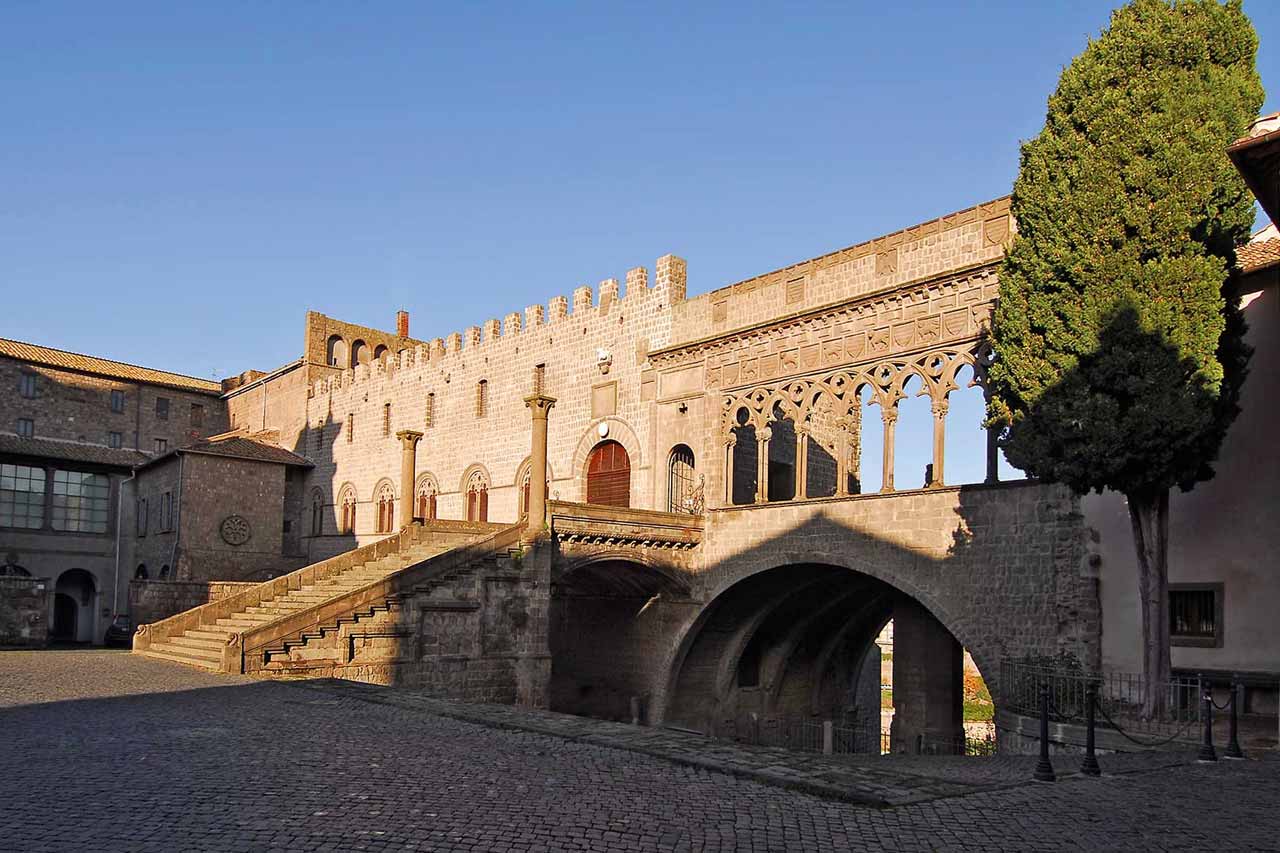 The Papal Palace is Viterbo’s most important monument and has become the symbol of the city. It was built when Pope Alexander IV had the seat of the Pontifical Curia transferred to Viterbo in 1257.
Raniero Gatti had the palace built as an enlargement of the Curia building as well as a large audience room, the “Conclave Hall”, where the first and longest conclave in history was held.

Another characteristic of the Papal Palace is the Benediction Loggia (also called Papal Loggia) erected in 1267. The pope would bless the crowds from here when he left the Conclave Hall. 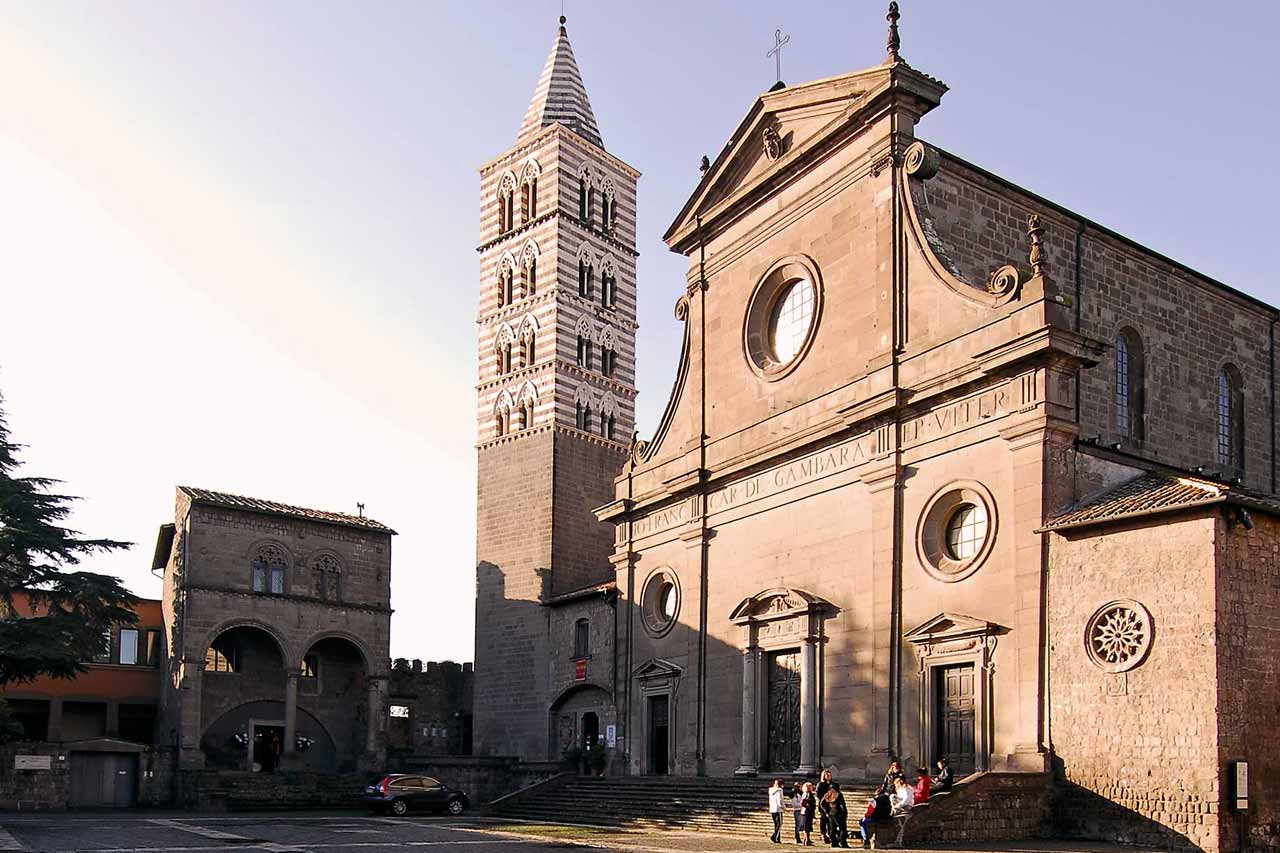 According to tradition the Cathedral of St. Lawrence (San Lorenzo) was built on the ruins of a pagan temple dedicated to Hercules. A church dedicated to San Lorenzo has existed on the Duomo hill since the 8th century. In 1192 work began on the building , still visible today, transforming the church and giving it the status of Cathedral.

The connected museum is organized in three sections: 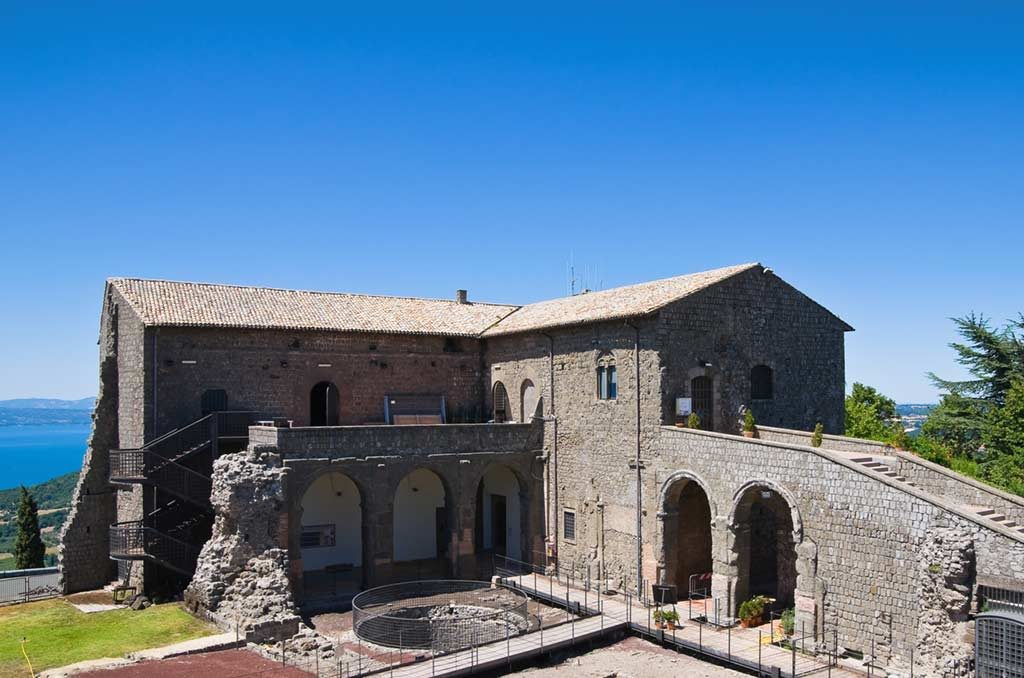 The Papal Fortress was built by Pope Innocent the Third at the end of the XII century.

The height of the building allows it to dominate all the underlying area and also the lake, as you can see by getting into the tower called “Pilgrim’s tower”.

The fortress was enlarged and modified during the centuries by numerous popes. It had a very important role during the preparation of the Pope’s return from Avignon, in that period Cardinal Egidio Albornoz chose it as headquarter to start a “reconquest” of the central Italy.

The Palace of Boniface VIII in Anagni 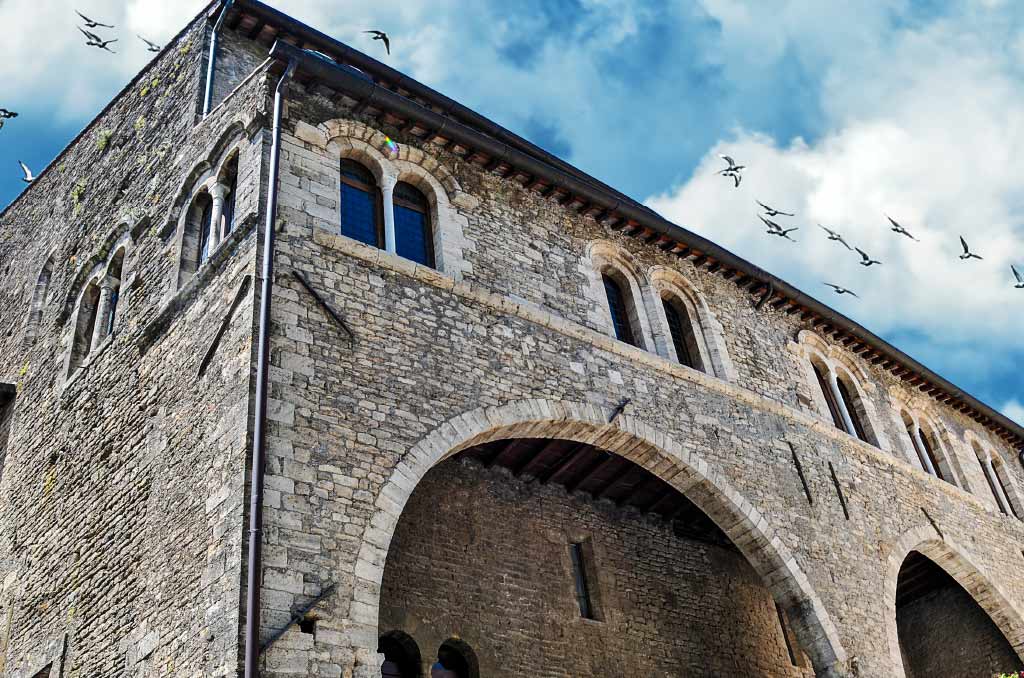 Anagni, known as the Papal city, gave birth to four popes and has long been the Papal Residence. In the old town, between elegant and austere buildings, Romanesque churches, bell towers, loggias and sober and essential squares, stands the Palace of Boniface VIII, location of memorable events of the Middle Ages. 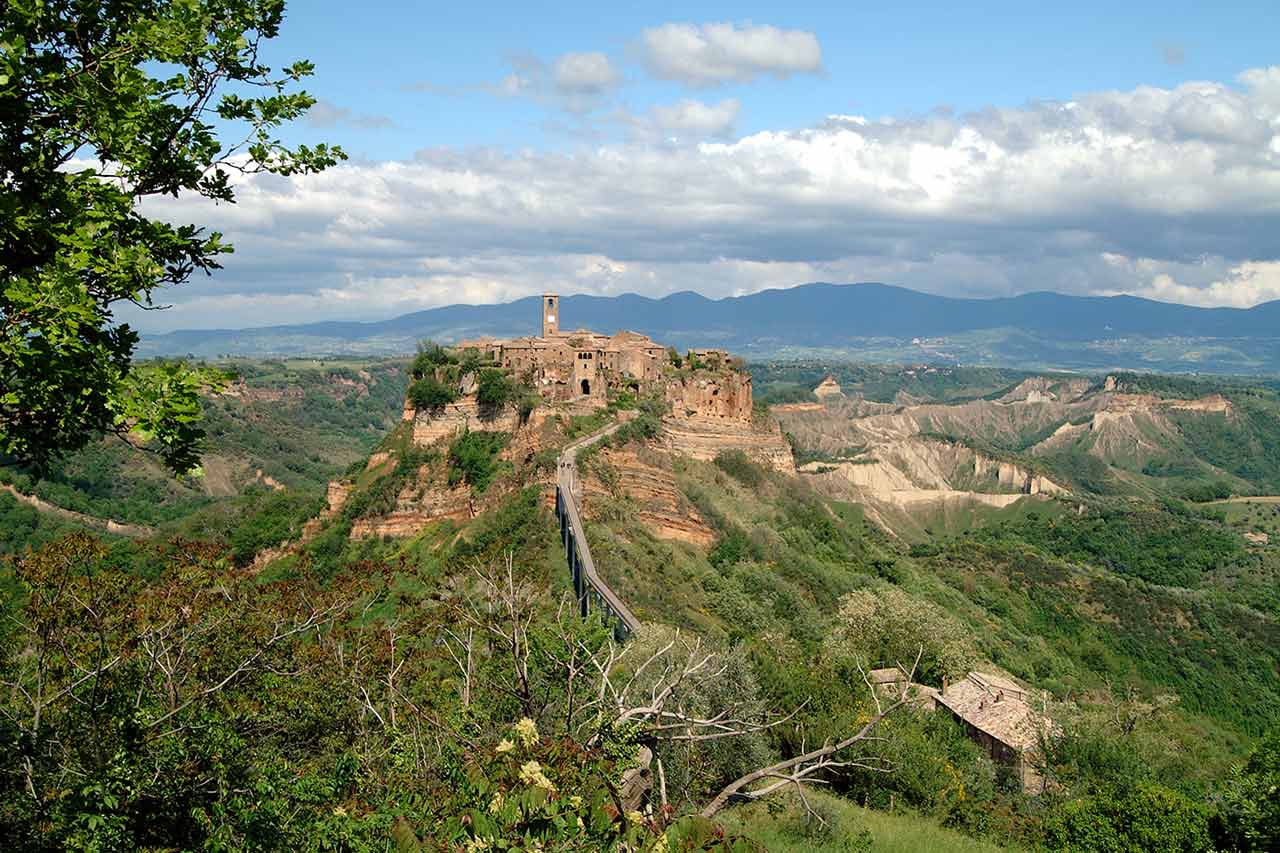 Guided tours of the loveliest spots in Viterbo and Latium. 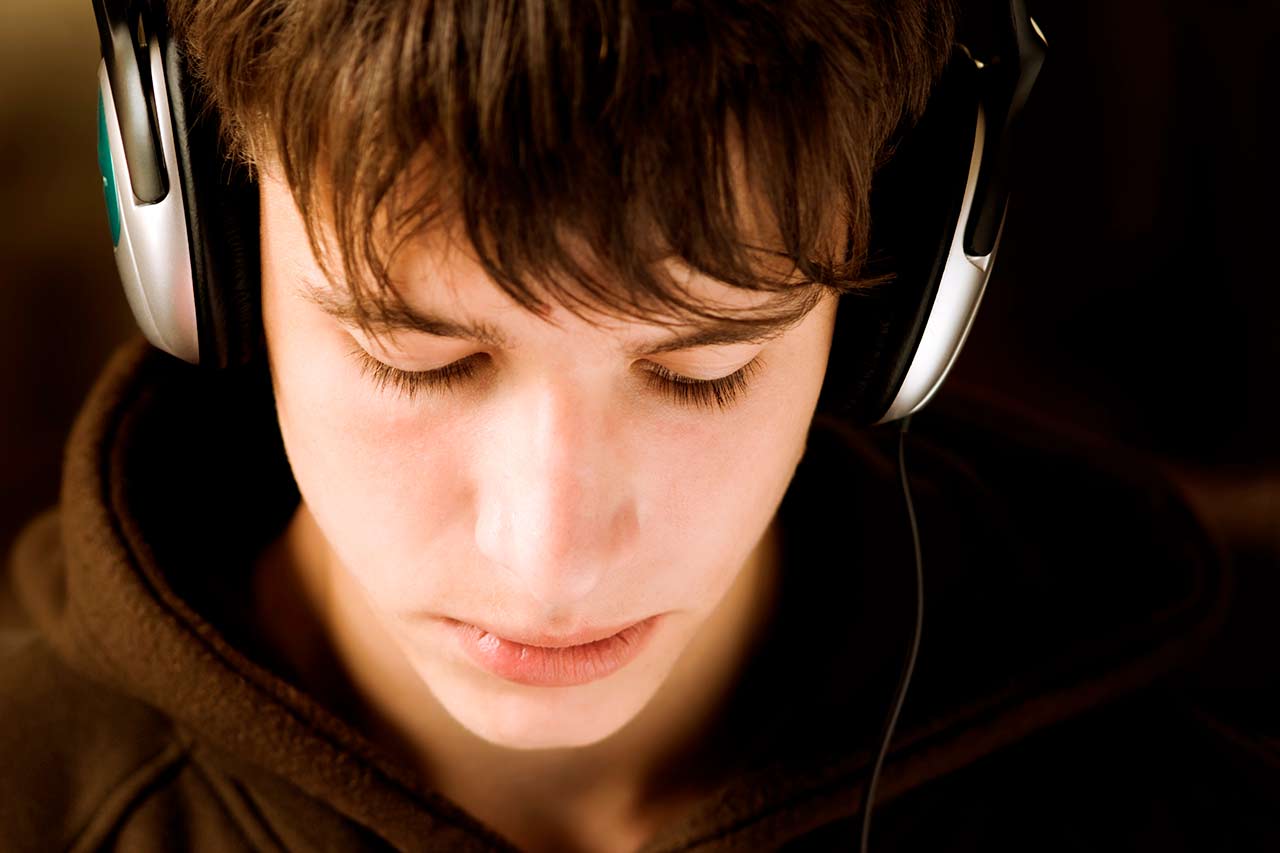 Enrich the experience of a guided tour with our two-way transmitters featuring ergonomic headsets thet allow for comfortable and prolonged use.